The first quarter of the year is already coming to an end today. It is therefore important to take stock of the developments across the local capital markets during the past three months.

Overall, it was another positive quarter[1] for the local equity market as the MSE Share Index advanced by a further 2.1% and touched fresh 9-year highs on various occasions. However, few investors may have realised that trading activity across the equity market declined by 29% to €18.8 million. This is the weakest Q1 in terms of equity market activity since 2014. Once again, the most actively traded equity was Bank of Valletta plc as 2.7 million shares changed hands across 951 trades for a value of €5.9 million representing over 30% of activity across the entire local equity market. HSBC Bank Malta plc ranks in second place with a value of over €3.1 million worth of trades.

Generally, one of the main highlights during the first quarter of the year is the start of the annual reporting season. HSBC Bank Malta plc and GO plc kicked-off the reporting season with both companies issuing their 2016 annual financial statements on 21 February. Since then, another 8 companies published their financial statements and the remaining announcements will need to take place by the end of April.

There were 9 positive performers among the twenty-one companies listed on the MSE. Yet again, the top performer was Santumas Shareholdings plc with a 35% rise to a new all-time high of €1.70 following the 52.5% rally during 2016. However, trading activity was again minimal and the impact on the performance of the MSE Share Index is also very marginal since it is one of the smallest companies listed on the local stock exchange.

More importantly, HSBC Bank Malta plc ranks in second place with a share price rise of 9.5% as the equity continued to recover from its 12-year low of €1.55 last summer and exceeded the €2.00 level. GO plc ranks in third place and this equity also continued to recover from the decline last summer with a Q1 2017 increase of 8.6% to €3.55. As mentioned above, both companies issued their annual financial statements on 21 February and also declared dividends to shareholders. Incidentally, both companies currently rank among the top three dividend yielding equities on the MSE.

Lombard Bank Malta plc and Malta International Airport plc also rank among the positive performers and both companies also published their 2016 annual financial statements in recent weeks. The upturn in the share price of Lombard could possibly be more related to the upcoming developments at shareholder level. In fact, on 15 March, Lombard announced that during the upcoming Annual General Meeting scheduled to be held on 27 April 2017, shareholders will also be asked to authorise the Board of Directors to disclose information, including price sensitive information, to a prospective bona fide offeror/s and the corresponding bona fide transferor in the disposal of a substantial shareholding in Lombard.

On the other hand, among the four companies that registered double-digit losses, three of these are in the property sector, namely Tigne Mall plc (-10.8%), Malta Properties Company plc (-11.9%) and Malita Investments plc (-11.9%). The worst performer during the first quarter of the year was GlobalCapital plc with a drop of 17.1% also on very minimal activity amounting to only 67,000 shares for a value of a mere €25,000.

Apart from the publication of annual financial statements by a number of the companies whose equity is listed on the MSE, there were three other major announcements that took place over the past three months. Undoubtedly, the company announcement by Medserv plc on 27 February was the most important one across the equity market. Medserv announced that through its wholly-owned subsidiary Middle East Tubular Services LLC (“METS”), it was awarded a new long term contract with Sumitomo Corporation Tubular Supply Oman for the supply chain management of Oil Country Tubular Goods to Petroleum Development Oman (a joint-venture between the Government of Oman and Shell). The contract, which is the largest ever won by the Medserv Group although the value was not disclosed, is for an initial period of five years with a five-year extension option. Given the expected significant increase in business activity, METS intends to open a new facility measuring 117,000 square metres at the new port of Duqm in Oman. On the other hand, in the same announcement, Medserv also confirmed that it was not successful in its first tender to offer its services in Trinidad. Despite the significant milestone in the Middle East, Medserv’s equity remained practically unchanged at the €1.60 level as sentiment may have been dampened by the unsuccessful tender in Trinidad.

Another important announcement was the confirmation by RS2 Software plc on 20 January that it concluded three major agreements in different parts of the world for its managed services arm, RS2 Smart Processing Ltd. In Europe, one contract was signed with a global leader and one of the largest acquirers in payment processing and technology. Furthermore, RS2 signed another two contracts, one with a Latin American company and another with a Canadian company. 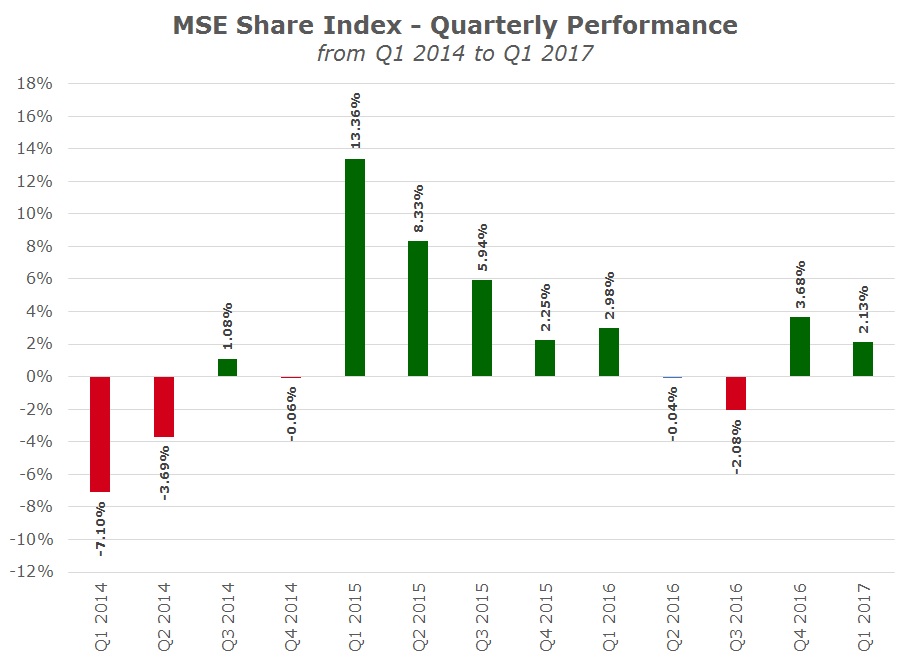 Moreover, 6pm Holdings plc revealed the successful result of the takeover bid by Idox plc and consequently confirmed that the equity will shortly be delisted from the MSE.

Another major development for the equity market in Malta was the issuance of the Formal Notice yesterday by PG plc – the first Initial Public Offering since Tigne Mall plc in 2013. PG confirmed the offer of 27 million shares at €1.00 each and it would be interesting in the coming weeks to gauge the level of demand from the investing public to this new equity issue.

The main highlight across the Maltese bond markets was the continued volatility in Malta Government Stock (MGS) prices and the very weak retail demand for the first issuance of MGS’s this year. In the past few weeks, I gave ample coverage in my weekly columns to these two important developments. It is worth recalling that subscriptions from retail investors at the fixed offer prices amounted to only €19.1 million (nominal) and the total amount issued across the three MGS’s of €182.87 million was below the maximum permissible amount of €220 million. Meanwhile, MGS prices continued to reflect the changes in Eurozone yields which in turn were influenced by economic data, political developments as well as interest rate expectations in the US. In early March, the Rizzo Farrugia MGS Index plunged to its lowest level in over two years as Eurozone yields continued to recover from their record low levels in the fourth quarter of last year. However, MGS prices partially recovered earlier this week following a change in sentiment after the Republicans in the US failed to garner enough support for Mr Trump’s health care reforms which raised doubts on whether Trump will manage to obtain Congress approval on his aggressive fiscal policy agenda – both of which formed the basis of the President’s electoral promises. Despite the upturn in MGS prices in recent days, the indicative bid prices quoted by the Central Bank of Malta for some of the longer-dated stocks remained below par value. By way of example, the longest-dated MGS (the 2.4% MGS 2041) is currently priced at 98.93% while the 2.1% MGS 2039, which was issued in October 2016 at a price of 102.50%, is currently priced at 95.46%.

Secondary market trading activity in MGS’s amounted to €113.1 million, representing an increase of 8.8% over the comparative quarter last year but well below the average quarterly activity in 2015 and 2016.

In the corporate bond market, trading activity was elevated at a record high of over €21 million. The only new addition to the list of bonds during the first quarter of the year was of Von Der Heyden Group Finance plc following a €25 million bond issue. Yesterday, Eden Finance plc and SD Finance plc published their formal notices confirming the issuances of new bonds. Together with Premier Capital plc, the €65 million SD Finance plc bond jointly ranks as the largest bond issue from a non-banking institution. The corporate bond market is expected to remain particularly active with a reportedly strong pipeline of new and existing issuers seeking to raise debt funding in the months ahead.

In addition to a number of new corporate bond issues, the main highlight during the second quarter of the year should be the commencement of trading in the shares of PG plc scheduled for the first week of May as well as the extension of market trading hours on the Malta Stock Exchange. Currently, the market closes at 12.30 hours but this is being extended until 15.30 hours in the weeks ahead. Furthermore, following the conclusion of the annual reporting season by 30th April (Medserv plc, Tigne Mall plc, MIDI plc, RS2 Software plc and International Hotel Investments plc are still due to publish their 2016 financial statements), another important event during Q2 2017 is generally the publication of interim financial statements by Bank of Valletta plc (the company with the largest number of shareholders and also the largest in terms of market capitalisation).

In view of the ever-changing circumstances, investors need to remain vigilant to company-specific developments as well as international events to ensure that their investment portfolios remain well-positioned.