On 1 July 2016, both MIDI plc and International Hotel Investments plc published a prospectus in connection with the issuance of new bonds, which were both classified as secured bonds, for subscription by the general public.

It had been a while since a new secured bond issue had been offered to investors. Moreover, it is also interesting that this was the first time that both MIDI and IHI approached the local corporate bond market with a secured bond. To date, MIDI had only tapped the local bond market once, in December 2008, when it published a prospectus in connection with an unsecured €40 million bond denominated in both euro and pound sterling. IHI approached the bond market no less than ten times since the company’s inception 15 years ago, but this was the first time that it offered a security feature to investors.

Some investors may have been surprised that this time both MIDI and IHI approached the local capital market with secured bond offerings.

Following the issuance of these two new secured bonds and the various enquiries made by a number of investors, I decided to pen another article to highlight the differences between secured and unsecured bonds and other features that investors normally encounter when considering an investment in fixed interest securities.

I had reviewed these features in a number of my articles some years ago, however reviewing them again in anticipation of a very likely busy period for new bond issuance would seem timely and beneficial for investors. It seems that a number of other issuers are anticipated to hit the market in the weeks and months ahead. This is a very positive development for the investing public given the marginal rates of interest being offered on traditional bank deposits as well as on local and international sovereign bonds.

As a start, it is worth mentioning that very few of the local corporate bonds are secured. Excluding the two recent bond issues which closed for subscription earlier this week, only 4 other bonds are secured from among the 54 bonds currently listed on the Malta Stock Exchange. The other secured bonds are the two issues of Pendergardens Developments plc, the 6.0% Medserv plc notes and the 5% Hal Mann Vella Group plc bonds.

All other 50 bonds listed on the Malta Stock Exchange are unsecured, meaning that the issuers are not providing any form of tangible or intangible security in favour of bondholders and their debt obligations are only backed by their ongoing financial performance as well as their creditworthiness and reputation. As a result, in the event that an issuer of unsecured bonds finds itself in financial difficulties and consequently defaults on its credit obligations, bondholders rank after any other secured or senior debt.

So what does the security in a bond issue normally represent? The security normally takes the form of a hypothec in favour of bondholders on property owned by the issuer or one of its subsidiaries. In the two recent bond issues, the MIDI bonds are secured by a special hypothec on a number of properties owned by MIDI plc as well as a pledge on their shares in T14 Investments Limited, which in turn owns the business centre currently under construction. Meanwhile, the new IHI bonds are secured by IHI’s property in Budapest.

Another bond characteristic that was recently in focus was the term ‘subordinated’. The concept of subordination is more often found in bond issues of banking institutions. This is a very topical feature following changes to the regulatory landscape which I had tackled in my article dated 12 November 2015 at the time of the issuance of the first tranche of the 3.5% subordinated notes by Bank of Valletta plc maturing in 2030. Subordination means that the rights and claims of any holders of such bonds or notes in respect of the payment of capital and interest will, in the event of financial difficulties being faced by the issuer in question, rank after the claims of all senior indebtedness and will not be repaid until all other senior indebtedness outstanding at the time has been settled. This becomes even more critical following the enactment of the European Bank Recovery and Resolution Directive (BRRD), effective as from 2 July 2014. This directive was in part issued to ensure that in the future, governments will not use taxpayers money to ‘bailout’ a financial institution as happened in various jurisdictions during the international financial crisis. The concept is now on ‘bail-ins’ whereby the risk is placed on shareholders, bondholders and depositors rather than taxpayers (as was the case in the latest banking crisis in Greece and Cyprus). The focus on subordinated bonds will be very much in the limelight in the weeks ahead as a result of the current developments across the Italian banking industry and proposals being discussed to restructure the balance sheets of various Italian banks. 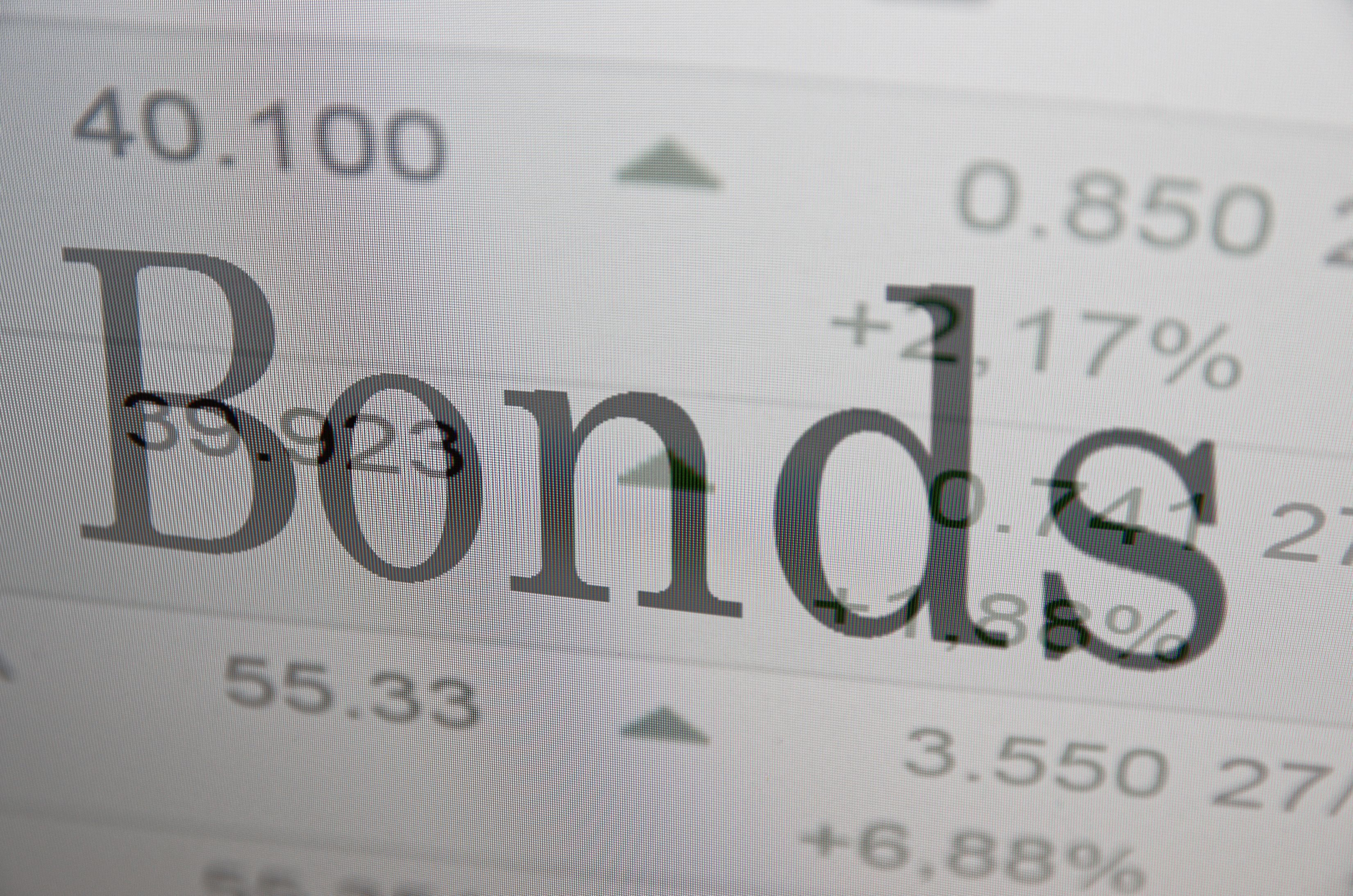 Another term normally encountered by local investors across the bond market is the ‘guarantor’. In certain instances, this occurs because the issuing company is the financing arm of a much larger organisation and the bonds are therefore guaranteed by the parent company. This has proved to be rather confusing for several investors over the years. It is important to highlight that the wording guaranteed does not imply that such a particular bond is entirely risk-free.

Unfortunately, certain investors continue to believe that a guaranteed bond is “safer” than another bond which does not provide a guarantee. In this respect, it is important to keep in mind that, as such, there can never be a 100% guarantee or a bond which is entirely free of any risk of default. Guarantors can fail and default on their credit obligations just like any other ordinary company can do.

Similarly, in the case of a secured bond, while the ‘security’ element definitely gives a certain degree of added comfort to investors, it is certainly not wise to simply conclude that all unsecured bonds are riskier than secured ones because ultimately it is the financial strength of the issuer or of the underlying guarantor, which is servicing the commitments to bondholders, that matters most. Indeed, irrespective of whether a bond is secured or otherwise, investors should always consider the issuers’ fundamentals before investing.

Analysing the fundamentals of a company entails delving into the nature, structure and performance of a company and examining all those factors which play an important part in the success or otherwise of the business. This is mainly done through the analysis of key financial indicators. In the case of bonds, the most commonly used financial indicators are the interest cover (which shows the number of times a company’s earnings before interest, tax, depreciation and amortisation [EBITDA] exceeds its finance costs) and the gearing ratio (which represents the level of leverage of the company – i.e. the extent of borrowings compared to shareholders’ funds).

In addition to the above, the historic track record of the issuer over an extended period of time is another very important consideration since it depicts the ability of the company to withstand changes in business sentiment and different economic cycles, amongst others. Furthermore, prospective investors should also look into the financial projections of a company since this will ultimately determine the ability of a company to honour its commitments. The publication of such important information is becoming more widely available following the revised Listing Policies which came into force in March 2013. In fact, in the case of MIDI plc, financial projections are provided until 2018.

Investors should also remember that the security feature of a particular bond will only become relevant should the company actually find itself in financial trouble, and this may not be the ideal time for such an entity to liquidate an asset. Furthermore, in such circumstances, the release and subsequent sale of a security (which, in most cases, comprises immovable property) pledged in favour of bondholders will be marred by lengthy legal issues and other procedures which invariably take a long time to conclude and which may also have a negative effect on the valuation and consideration price of the asset itself.

Given the various distinguishing features and characteristics encountered when considering an investment in the bond market, it is understandable that investors might feel a bit confused and indeed it is always advisable for investors to seek professional assistance.

Meanwhile, regular and enhanced communication from bond issuers and the timely publication of financial results as well as updates to their Financial Analysis Summary are crucial in helping analysts and the market at large to gauge the level of risk applicable to the various bonds listed on the Malta Stock Exchange.  The data within such documents greatly assists financial services practitioners in their constant endeavours to provide appropriate advice to investors on a regular basis.