In my article published 3 weeks ago entitled “Outlook for Malta’s capital market”, I questioned whether the Treasury of Malta will target the retail market for some of the new Malta Government Stock issuance throughout the rest of the year given the upturn in yields, or whether the new securities will be targeted again at institutional investors only.

An analysis of the results of the MGS offerings is important in the context of the sharp movements in yields over recent weeks and months as well as the sizeable amount of MGS issuance required in the next few months in order to finance the budget deficit.

The total amount of €57.7 million raised last week represents a significant improvement from the previous retail offerings in June 2021 when only €16 million was raised, and in February 2017 when €19.1 million was raised from retail investors. Potentially, the increased take-up reflects the higher yields offered to retail investors following the sharp upturn over recent months. In fact, the yield on the new 10-year MGS offered last week of 2.7% represents a significant increase compared to the 10-year yield of an MGS of 0.8% at the start of the year and 0.5% at this time last year.

On the other hand, however, one could have also expected the take-up from retail investors to be even larger given the abundance of liquidity across the financial system as was very evident from the demand seen across the multiple corporate bonds successfully issued in recent months. The lack of a more meaningful participation by many retail investors could potentially be due to the psychological impact of the extreme price risk seen in recent months across the MGS market. 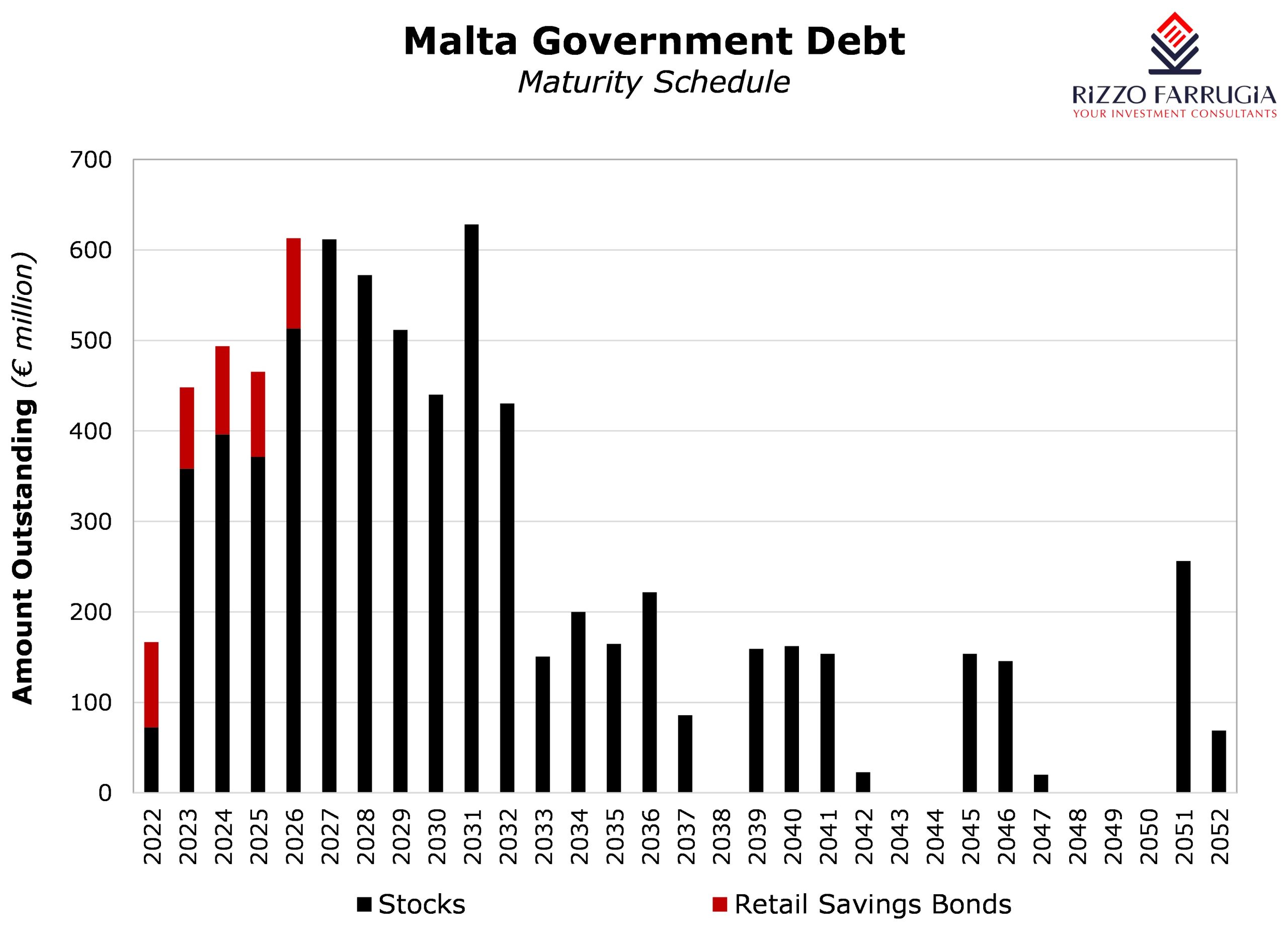 In fact, the price of the 1.8% MGS 2051 which was offered to retail investors in June 2021 at 100% (par) declined by an incredible 27 percentage points as the indicative price of the Central Bank of Malta was just below 73% earlier this week. In the same manner, the prices of all other existing MGS also saw sharp declines in prices reflecting the sharp upturn in yields across international bond markets as a result of the very high inflation and the aggressive response by most major central banks to hike interest rates.

The results of last week’s MGS offerings display a challenging environment for the Treasury in view of the required additional issuance of circa €565 million by the end of this year as projected in last year’s budget. This figure excludes further amounts required as the Government has since intervened across a number of industries to provide inflation-related support so as to protect the local economy from significant price hikes evidenced internationally.