On Wednesday 24 May, Vodafone Group plc issued an announcement on the London Stock Exchange confirming that an agreement was reached with the shareholders of Melita Limited for a merger to take place of Melita and Vodafone Malta Limited.

The local media had speculated about this possible development two months earlier when it had been reported that Melita was preparing a bid to acquire Vodafone Malta.

Although both companies are not listed on the Malta Stock Exchange, should the regulator approve this merger, the changes in the telecoms sectors are important for local investors in the context of the numerous shareholders of GO plc.

Vodafone Malta Ltd began operations in 1990 and it was the sole mobile operator until 19 September 2000. Few investors may recall that GO plc (previously Maltacom) held a 20% stake in Vodafone Malta but was then obliged to sell this shareholding once Maltacom applied for a mobile telephony licence. On 1 September 2003, the 20% stake was sold for €30 million thereby valuing Vodafone at €150 million.

Meanwhile, Melita began offering cable TV services across the Maltese Islands in 1992. The shareholding structure of Melita changed a number of times in the past 10 years. In 2007, a consortium of venture capital companies focused on the Telecommunications, Media and Technology sectors acquired the Melita group of companies from the previous shareholders in a deal valued at over €300 million. Then in 2016, Apax Partners and Fortino Capital purchased Melita from the previous shareholders namely, GMT Communications Partners, MC Venture Partners, Blackrock Communications and the Gasan Group.

Vodafone’s announcement issued via the London Stock Exchange provides some very important information which to date was not readily available. The financial information provided in the announcement revealed that Vodafone Malta generated earnings before interest, tax, depreciation and amortisation (EBITDA) of €30 million during the twelve-month period to 31 December 2016. The same announcement also revealed that during 2016, Melita generated €33 million in EBITDA.

Local investors would be interested to see how GO compares with these other two telecom operators. The 2016 financial statements of GO are the first set of accounts with the consolidation of the Cypriot telecom company Cablenet Communications System Limited and the Maltese ICT company Kinetix IT Solutions Limited. GO had increased its stake in Cablenet to 51% and it had acquired a 51% stake in Kinetix in January 2016. GO’s financial statements reveal that the total EBITDA of the GO Group amounted to €61.6 million. However, as indicated above, this includes the 100% of the two new acquisitions and therefore this cannot be compared like-for-like with the figures quoted for Vodafone and Melita. In the previous year, GO’s EBITDA amounted to €51.6 million which included only the Malta-based fully owned operations since the financials of the Cypriot company and Kinetix were not consolidated in 2015.

The Vodafone announcement also revealed how the respective companies were valued as part of the planned merger. Incidentally, the current shareholders of Melita will eventually own 51% of the ‘combined company’ and Vodafone Europe B.V. (the current shareholder of Vodafone Malta) will own the remaining 49%. Vodafone Malta was reportedly given an enterprise value of €208 million, equivalent to an Enterprise Value to an EBITDA multiple (a very common valuation metric used by international financial analysts) of 6.8 times. 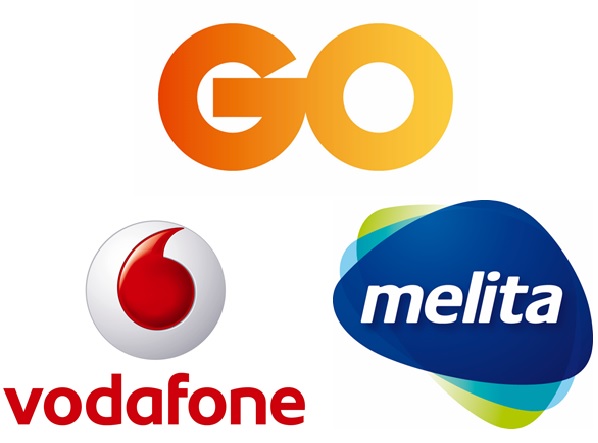 Meanwhile, Melita was attributed an enterprise value of €298 million, equivalent to an Enterprise Value to an EBITDA multiple 8.9 times. Due to the limited information available in the announcement, it is difficult to provide a breakdown of how these figures were calculated. Some investors may query the reasons behind the different multiples attributed to both companies of 6.8 times to Vodafone and 8.9 times to Melita. Nonetheless, it is a well-known fact across international markets that cable companies are normally given a higher enterprise value multiple compared to other telecom companies.

The calculation of the Enterprise Value normally includes the overall net debt. The announcement by Vodafone Malta showed that the net debt of the new ‘combined company’ is expected to be approximately €345 million which is a rather high figure when comparing this to the EBITDA levels of both Vodafone and Melita. By way of comparison, the overall net debt of the GO Group (including the debt levels of the two companies in which they bought a 51% shareholding) amounted to only €64 million as at 31 December 2016. At the recent Annual General Meeting, the Chief Financial Officer of GO, Mr Edmond Brincat also provided the net debt to EBITDA multiple for GO. At only 1.04 times, it represents a very strong ratio indeed, indicating the very low level of financial leverage of the GO Group.

Given the fact that GO is a successful quadruple play telecom operator (with fixed-line and mobile telephony as well as data and TV services) with a majority stake in an international cable company, investors will righty question which is the correct multiple to use in order to extract an indicative value for the GO Group based on the figures released in the recent agreement between the other two Maltese telecom providers.

Another pertinent point is the fact that Cablenet is growing its EBITDA at double-digit rates. GO’s CFO also provided the figures of Cablenet to all shareholders present at the AGM. The Cypriot company registered an increase of 19% in EBITDA in 2015 and a further 21% growth in 2016. This augurs well for GO shareholders and should justify a higher valuation multiple compared to a traditional incumbent provider operating within a saturated market.

At a current share price of €3.57, the market capitalisation of GO amounts to €361.7 million. When including the net debt of €64 million, the enterprise value works out at €425.7 million. In 2016, GO generated an EBITDA of €61.6 million. As such, GO’s equity is currently trading at an Enterprise Value to EBITDA multiple of 6.9 times (although some adjustments may be needed to extract the minority stakes of Cablenet and Kinetix which are not held by GO).

The correct valuation multiple for GO given the recently announced transaction involving its competitors Vodafone Malta and Melita will naturally be debated at length given the numerous differing characteristics between the business and financial models of the three operators.