In my first article published this year, I reviewed the developments across the equity market during the course of 2016 and I concluded by stating that many investors would rightly be more interested to understand the outlook for the next 12 months.

In today’s article, I am trying to highlight what I believe could be the most important developments that could influence the performance of the local equity market this year.

Unfortunately, one of the first major events expected this year is the delisting of the equity of 6pm Holdings plc. Last week, the company confirmed that shareholders who in aggregate hold approximately 92.95% of the issued share capital of the company have accepted the conditional voluntary public takeover offer made by Idox plc of GBP0.88 per share, payable in cash or a combination of cash and shares in Idox plc. Since the level of acceptances has gone beyond the 90% threshold, the offeror (Idox plc) will be squeezing out other shareholders and subsequently delisting the company. This is exactly what happened with Crimsonwing plc following its takeover by KPMG and Island Hotels Group following the acquisition by International Hotel Investments plc.

In the retail banking sector, the main highlight of the year could be the capital raising exercise by Bank of Valletta plc. At the end of November 2016, the international credit rating agency, Fitch Ratings, downgraded BOV’s rating to ‘BBB’ from ‘BBB+’ and in its commentary, Fitch stated that: “The downgrade reflects our view that its [BOV’s] capitalisation is under pressure from increasing regulatory requirements and that its current capital ratios are not fully reflecting operational and market risks. We believe that although the bank is considering strengthening its capital through a new share offer, this would not be sufficient to meet all future requirements and for the bank to maintain its current rating”. Meanwhile, during its most recent Annual General Meeting on 16 December 2016, BOV’s outgoing Chairman announced that the bank needed a €150 to €200 million capital injection over the next few years.

Moreover, the long-awaited process for the sale of shares by the largest shareholder of Lombard Bank Malta plc could also gather momentum following the announcement on 22 March 2016 that the Special Administrator of Cyprus Popular Bank Public Co Ltd, approved the disposal of its shareholding in Lombard Bank.

In the case of HSBC Bank Malta plc, the main focus from the investing community when the bank publishes its 2016 annual financial statements on 21 February, will be on the declaration of the final dividend to shareholders. HSBC Malta maintained a higher dividend payout ratio in recent years than the other retail banks and a confirmation of the distribution policy to shareholders could help sustain the recent upward trend in the equity which recovered by over 27% from its 12-year low of €1.55 reached in July 2016.

The internationalisation strategies of some of the companies listed on the Malta Stock Exchange could also gather momentum during the course of 2017. Last week, RS2 Software plc confirmed that it concluded three major agreements for its managed services subsidiary. RS2 explained that it signed a contract in Europe with one of the largest acquirers in payment processing and technology apart from other contracts with a Latin American company and with a Canadian company. RS2 indicated that the benefits of these three agreements will materialize in the latter part of 2017. Last week’s announcement follows from the various declarations made by senior management during the course of 2016 in relation to the strong business pipeline held.

The market also awaits further news from Medserv plc following the submission of a tender for shore-based activities in Trinidad & Tobago as well as other potential business developments in Cyprus and the Middle East. Medserv has also indicated that it will likely be tendering for some significant work offshore Egypt during the course of 2017.

Although following the acquisition of Island Hotels Group, the development programme of International Hotel Investments plc now includes substantial investment in Malta, the overall ambition of the group is to continue to pursue hotel management opportunities in various corners of the world. During 2016, IHI concluded the purchase of a property in Brussels and signed an agreement with United Arab Emirates (UAE) based Meydan Group for the provision of technical services as well as for the management of a luxury beachfront resort for a 20-year period currently under construction in Dubai. In addition, the Meydan Group also engaged IHI’s fully-owned subsidiary CHI to provide consulting services to its two existing hotels in Dubai. Meanwhile, investors await news on other potential openings such as Rome which has reportedly been under discussion for several years. 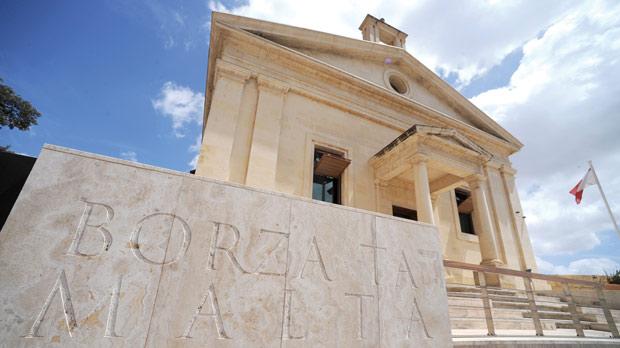 Another very interesting development that is expected to take place during the course of 2017 is the spin-off of the property subsidiary of Simonds Farsons Cisk plc. Similar to the corporate action in October 2015 when Malta Properties Company plc obtained a listing on the MSE and all shareholders of GO plc were given an equivalent shareholding in the separately listed entity, the same is expected to materialize with the property subsidiary of Farsons. Meanwhile, last week, the media provided coverage following the planning approval of the rehabilitation project of the old Farsons Brewhouse in Mriehel. The project covers the restoration and conversion of approximately 7,000 square metres of industrial space which will include a visitor centre experience as well as food and beverage and other retail outlets apart from other amenities. The project is envisaged to commence in mid-2017 and is expected to be completed within two years with an investment of around €10 million.

Another long-awaited development is MIDI’s Manoel Island project. The company has repeatedly confirmed that it is in discussions with third parties who have expressed an interest in the Manoel Island project. In the first half of 2016, MIDI had indicated that it engaged the services of an international consultancy firm to establish a vision for the Manoel Island development project. MIDI selected a master planner and was then scheduled to prepare a business plan for the project ahead of an international search for investors which was expected to commence by the end of 2016.

Malta International Airport plc is the company that issues the most announcements since it publishes its traffic statistics on a monthly basis. While investors will continue to follow the monthly traffic statistics since these are an excellent indication of the overall financial performance of the company, the more important announcement that would be expected in 2017 would be the planning approval of the master plan that includes the development of ‘Sky Parks 2’ as well as a business hotel.

Following the delistings of Island Hotels Group and Crimsonwing over recent years and the imminent one of 6pm Holdings plc, the most important priority for the MSE, the Malta Financial Services Authority and all market participants is to reverse this trend and encourage other companies to list on the MSE. The fiscal incentives announced by the Minister of Finance in the 2017 Budget Speech will hopefully instigate several other Maltese companies to look into the potential benefits of a stock exchange listing and carry out a share offer to the general public. Other initiatives being rolled out by the MSE as part of the National Capital Markets Strategic Plan including the extension of trading hours beyond the current closure of 12.30 pm should also assist in this respect.

2017 is likely to be another interesting year for equity investors given the wide ranging developments that are likely to take place. Companies listed on the MSE should ensure regular and timely publication of information related to these various developments mentioned in order to maintain a consistent flow of information to the overall investing community.