The UK’s referendum on its membership within the EU had been dominating sentiment across international financial markets for several months.

Volatility intensified over the past two weeks. As the polls indicated that the ‘Leave’ campaign was ahead during the second week of June, equities across the main stockmarkets around the world declined, bonds of ‘safe-haven’ countries rallied and Sterling weakened.

However, a few days prior to polling day, the ‘Remain’ camp seemed to be in the lead and equity markets rallied strongly while Sterling strengthened once again until the eve of the referendum.

As the counting ended shortly before the opening of European stockmarkets on 24 June and the ‘Leave’ vote emerged victorious with 51.9%, shockwaves were felt across global stock markets.

The UK’s FTSE 100 fell as much as 8.7% at the open and Germany’s DAX dropped 10%. Equity markets, however, partially recovered throughout the day with the FTSE100 closing 3.2% lower at 6,138.69 points, Germany’s DAX30 finishing down 6.8% and France’s CAC40 ending 8% lower. The worst hit across the EU was Greece which plunged more than 13.4% followed by Italy and Spain with declines of 12.4% each – the biggest ever one-day declines for these markets.

Sterling plunged in value against most major currencies, dropping by 10% to its weakest position against the US Dollar since 1985. Incidentally, Sterling had rallied to a fresh 2016 high on the eve of the referendum after one of the polls suggested that the ‘Remain’ vote would prevail. Sterling declined by 8% versus the Euro in the immediate aftermath of the result and by 15% versus the Japanese Yen (which, like the US Dollar, is also considered to be a ‘safe haven’ in times of market turbulence). The British Pound had not experienced such a decline in a single day since Britain’s exit from the exchange rate mechanism in 1992.

Bond markets were also impacted by this historic decision. While the prices of bonds of euro peripheral nations declined (namely Italy and Spain), on the other hand, prices of UK treasuries as well as the government bonds of the higher-rated EU countries (namely Germany, France, Austria, Finland, Belgium and Netherlands) rallied due to overall risk aversion.

So what next following this widely unexpected outcome?

Once the UK Parliament decides to act upon the referendum result, there will then be a period of transition where the implications, details and timings of the exit will be scrutinised and negotiated. This is only likely to take place as from October 2016 once a new Prime Minister is sworn in after David Cameron resigned following the publication of the official result of the referendum last Friday morning.

The immediate risk to Britain’s economy is serious, since the ‘Brexit’ vote creates enormous uncertainty. This is likely to persist until it becomes clear what kind of new trading agreements will govern Britain’s economic relationship with Europe and the rest of the world. In fact, the credit rating agency Moody’s immediately downgraded the outlook for the UK’s credit rating from ‘stable’ to ‘negative’. Likewise, another credit rating agency, Standard & Poors, initially announced that the outcome of the referendum had made Britain’s ‘AAA’ rating “untenable” and earlier this week it downgraded Britain by two notches to ‘AA’.

The shock of Brexit will result in a prolonged period of uncertainty thereby impacting financial markets for a while and raising the risk of a renewed global recession. This may also cause political contagion to the rest of Europe – a fresh election in Spain over the weekend did little to resolve the political deadlock of the past couple of months, a referendum on constitutional reform in Italy will be held by October 2016 while France and the Netherlands could also possibly request a referendum regarding their membership in the EU. On the other hand, it is also possible that Scotland will call a second referendum (following the one conducted in 2014) to seek independence from the UK and in turn become a member of the EU.

Given the long-term ramifications of ‘Brexit’ on the global economy, the risk aversion was immediately evident across all financial markets as investors focused on whether the Bank of England will step in to support the economy by cutting interest rates or reigniting a programme of quantitative easing. The Governor of the Bank of England Mr Mark Carney stated last Friday morning that the Bank had ‘extensive contingency planning’ in place and it ‘will not hesitate to act’ to support the economy in the wake of the ‘Brexit’ vote. Most investment bankers believe that the Bank of England will not only reduce the current record low rate of interest of 0.5% to 0% but will also revive its quantitative easing programme.

Likewise, the US Federal Reserve also issued an immediate announcement in which it stated that it “is carefully monitoring developments in global financial markets, in cooperation with other central banks”. The Federal Reserve indicated that it is prepared to provide liquidity in order to address pressures in global funding markets, which could have adverse implications for the US economy.

In the short term, the reaction in financial markets will be very much dependent on the decisions taken by central banks. Sterling is likely to bear the brunt of the general uncertainty and the possible action by the Bank of England. Due to the UK’s structural imbalances with a current account deficit of 7% of GDP in Q4 2015 and a budget deficit of over 4% of GDP for 2015, Sterling is likely to remain under substantial pressure and will act as the adjustment mechanism. As the news came out of the referendum results, various banks and economists revised downwards their immediate forecasts for Sterling. A prominent UK bank predicted that Sterling will weaken to GBP0.92 against the euro by the end of 2016, representing a decrease of almost 18% from the level of GBP0.75 to the euro before the referendum vote. Sterling declined by nearly 6.0% on the day of the result so this forecast would imply a depreciation of an additional 12%. 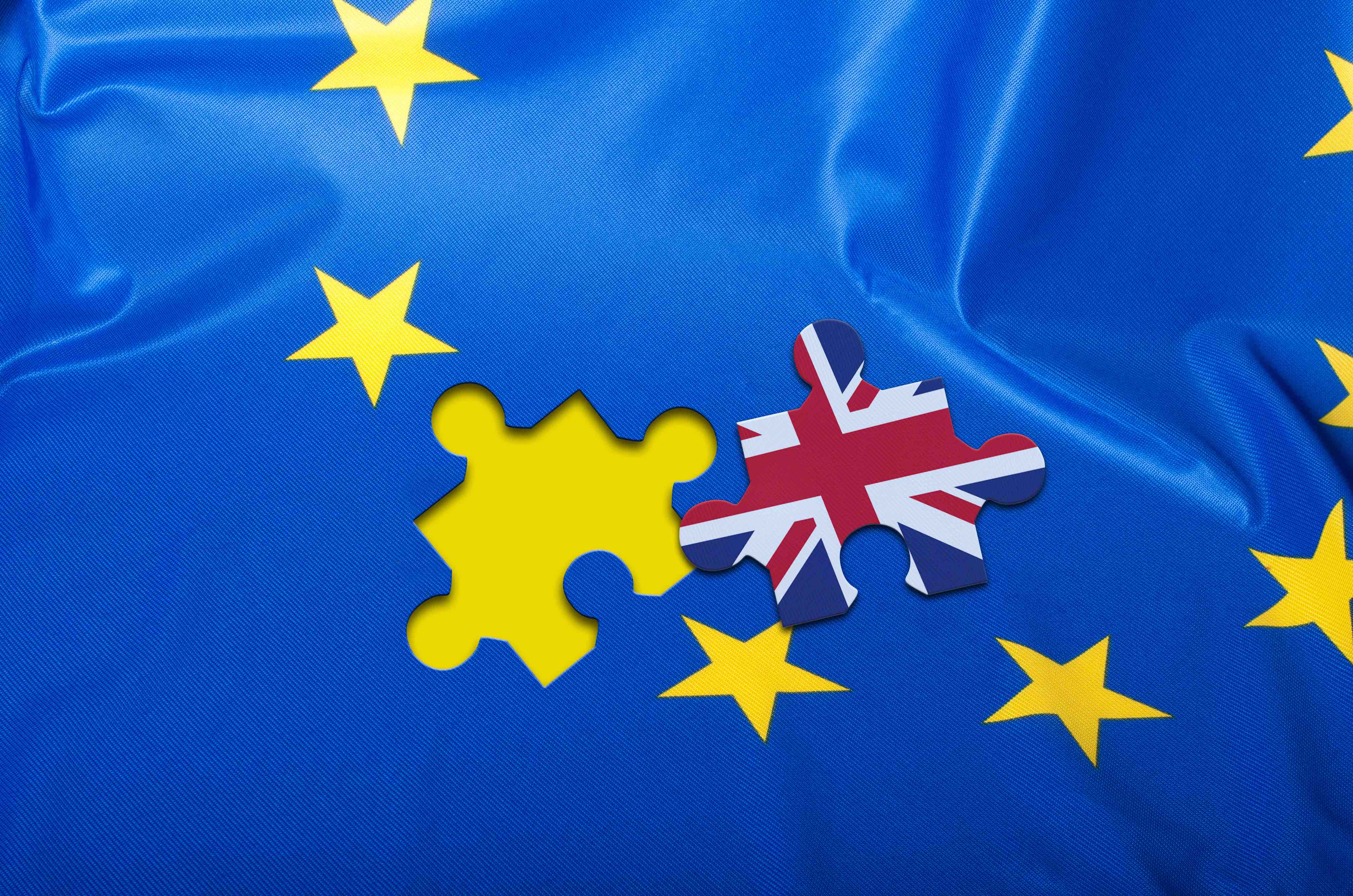 Moreover, following the immediate drop in yields on 10-year UK government bonds in the aftermath of the referendum vote (yields declined by 31 basis points to a record low of 1.07% on Friday and dropped below the 1.0% mark for the first time ever on Monday), foreign media sources indicated that yields on 10-year UK gilts will drop further to 0.90%. Due to the inverse relationship between prices and yields, this implies a further rise in UK government bond prices.

While it is important for investors to follow the developments across global financial markets, most Maltese investors would be more interested in gauging the likely impact on securities listed on the Malta Stock Exchange.

The weather in Malta also seemed to be impacted by the Brexit decision with thunderstorms on Friday despite the summer season now upon us.

Following the numerous calls received in the aftermath of the refendum result, I have tried to highlight some of the possible consequences on the local stockmarket.

Since many Maltese investors have exposure to Malta Government Stocks, it is worth explaining that MGS prices have been following movements in periphery Europe to a larger extent as opposed to movements in the ‘safe havens’ of Germany and France. This was very evident over the past three weeks when the bond markets across Europe were very volatile around the polls of the UK referendum. German and French bond prices rallied on Friday morning after the UK referendum result while bond prices in Italy and other periphery countries declined.

It is therefore not surprising that the Central Bank of Malta quoted lower prices for long-dated MGS on Friday and should the markets continue to react in a similar manner to the referendum result over the coming weeks and months, MGS prices could gradually decline, mirroring the possible sell-off in the periphery countries unless co-ordinated efforts by the world’s global central banks help investor sentiment.

Undoubtedly, as a result of the immediate decline of Sterling and expectations of further weakness in the months ahead, the largest impact for Malta could be on the tourism industry. With almost one-third of tourists coming from Britain, a weaker Sterling implies that vacations in the EU are more expensive for British nationals. This could naturally lead to a decline in the number of British tourists visiting the Maltese islands with a multiplier effect across all related industries namely hotels, restaurants and the retail trade. Some weeks ago, the international credit rating agency Standard & Poors created a ‘Brexit Sensitivity Index’ in an attempt to gauge the susceptibility to possible after-shocks from a ‘Leave’ vote. Due to the reliance on British tourism, it comes as no surprise that Malta placed second in this index.

The property sector can also eventually be impacted negatively if this would lead to fewer British buying property in Malta not only as a result of the effect of Sterling but also due to restrictions once these would leave the EU in a couple of years.

The decline in the value of Sterling is also expected to negatively impact those companies that hold property in the UK or part of their revenue is generated in Sterling and then reported in EUR in their financial statements. Likewise, those companies that have a reporting currency in GBP and their cost base is in EUR are also impacted negatively.

The few beneficiaries would be those companies that could be increasing their business as a result of a weaker Sterling, namely due to increased importation from the UK as a result of the cheaper conversion from Sterling to euro.