The start of the year was extremely eventful for US equity markets. During the first week of January, share prices hit fresh record levels thereby continuing the very positive momentum with double-digit gains during the past three years culminating in a 25% rally in the S&P 500 index in 2021.

However, US equity markets then dropped into “correction” territory on 24 January as the S&P 500 briefly edged 10% below its record high of 4,818.62 points recorded on 4 January. US equities then rallied strongly during the last two trading days of January with an extraordinary recovery of 4.4%. The comeback pushed the S&P 500 index to a level which is circa 6.3% below its all-time high. Prior to the rally in the last two days of the month, the S&P 500 index was on course to register the second worst January decline on record. There was an increased level of volatility across US equity markets with rough swings from one day to the next and also intra-day. For example, on Monday 24 January, the S&P 500 index got off to a very weak start to the day and tumbled by almost 4% before recovering strongly and finished the day marginally higher.

The S&P 500 index ended the month of January with a decline of 5.3%, representing its sharpest monthly decline since the onset of the coronavirus pandemic in March 2020 and the weakest January performance since the depths of the global financial crisis in 2009. Meanwhile, the Nasdaq Composite index fell 9%, its worst one-month decline since March 2020.

Equity market returns in January are generally a precursor of the performance over the next 11 months. This is commonly referred to as the ‘January stockmarket barometer’ which has been accurate in most years since 1950.

The US stock market suffered its worst start to the year since the global financial crisis as investors grappled with the shift in monetary policy by the Federal Reserve, decelerating growth in corporate earnings as well as geopolitical tensions with the threat of a Russian invasion of Ukraine.

The Federal Reserve indicated its intent to raise interest rates next month following a rapid rise in inflation to 7% in December which was the strongest reading since June 1982. The Chairman of the Federal Reserve recently also refused to rule out an aggressive sequence of increases to follow the initial rate hike in March. Markets are now expecting five interest rate hikes of 0.25% each during the course of 2022 with some economists also suggesting up to seven or even eight rate hikes to combat the prevailing stubbornly high inflation.

It is worth recalling that at the start of the coronavirus pandemic in March 2020, lockdowns and travel bans forced central banks across the world into easing aggressively by cutting interest rates to zero and announcing huge bond-buying programs to lower bond yields to mitigate the effects of the large-scale global economic downturn.

While central bank policies have succeeded in helping global economic growth to recover strongly from the sharp economic downturn seen in 2020 and 2021, inflation has recently spiked in many countries due to a combination of higher energy costs, supply shortages in various key manufacturing industries and soaring shipping costs.

It is now evidently clear that with the recent spike in inflation, central banks will need to focus on normalising the ultra-easy monetary policy that has been in place since March 2020.

Irrespective of whether inflation settles at say 3%, 4% or even higher, the era of zero interest rates in response to the pandemic in many parts of the world is imminently coming to an end. In addition, it also means the end to the aggressive buying of bonds by central banks – a move which has artificially lowered bond yields significantly in many parts of the world since 2020. 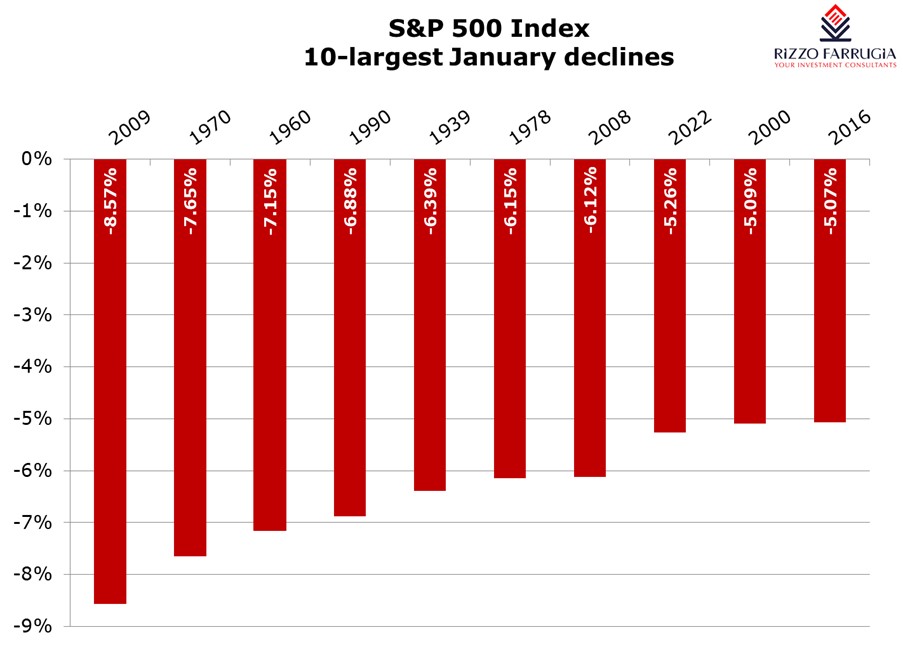 This means that bond yields will also move higher than where they have been trading in the last two years.

In an environment of zero interest rates, investors would be prepared to pay a high multiple for future growth due to the artificially low risk-free rate represented by government bond yields. This is one of the main reasons for the exceptional performance of growth stocks in the last few years. However, the return of inflation means that the Federal Reserve and other central banks around the world will be forced to increase interest rates. Higher long-term rates reduce the present value of future corporate cashflows, making shares less valuable. The impact of higher yields on valuation multiples is larger for several technology and consumer discretionary companies which are normally given a higher multiple due to expected strong levels of profit growth in the future. It is therefore not surprising that the consumer discretionary sector was the worst performer within the S&P 500 during the month of January with a decline of 9.7% followed by real estate at 8.5% and technology at 6.9%.

Among the big-name technology and consumer stocks that were severely hit in January are Nvidia (with a decline of 17% in January after a 125% rally in 2021), Microsoft (with a decline of 7.5% last month after a 52.2% gain in 2021), and Tesla (down 11.4% so far in 2022 after a 49.8% gain last year). It is fair to note that the technology and consumer discretionary sectors had been the major drivers of the strong rally in 2020 and 2021 and the declines over recent weeks must also be viewed in this context.

The energy sector was the only positive performing one across the S&P 500 on the back of a continued rise in oil prices. ConocoPhillips for example gained 22.8% in January following an 85.4% rally in 2021.

Despite the weak start to the year for the S&P 500 index, some of the more prominent investment banks remain upbeat on the prospects for the US equity market this year. One of the banks recently retained its 12-month target of 5,100 points for the S&P 500 index, representing a potential upside of about 13% to the level of 4,515.55 points at the end of January.

It is very evident from data over a long number of years that equity markets reward long-term investors who are able to endure short-term volatility and stay invested. In fact, there is a commonly-used saying that “time in the market, not timing the market, is what builds wealth”.